Lord Michael Bates sets off on his Walk for Peace on 4 August.  He is walking 1,000 miles from London to Berlin to raise funds for medical care for child victims of war.

A patron of the London Peace Network and a vigorous promoter of the Olympic Truce and non-violence, he walked from London to Olympia in 2011-12 and in aid of the children of Syria last year.

This year, his route reminds us of the horrific C20th conflicts which started in Europe and what happens when we are unable to resolve our differences without resorting to violence. 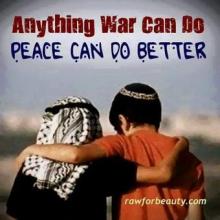 The walk is also raising awareness of the innocent victims of current conflict – children.

Sponsorship for the walk is going to Peace Village International, a German charity which helps children in areas of war and crisis.

Follow Lord Bates on twitter @BatesLord, keep him going with messages of goodwill and encouragement, sponsor the walk and follow his progress on his Walk for Peace blog as he starts out from Westminster Abbey on 4th August after the “lights out” ceremony – a solemn commemoration of Britain declaring war in 1914.

He arrives in Berlin on 2nd October, the UN International Day of Non-Violence.