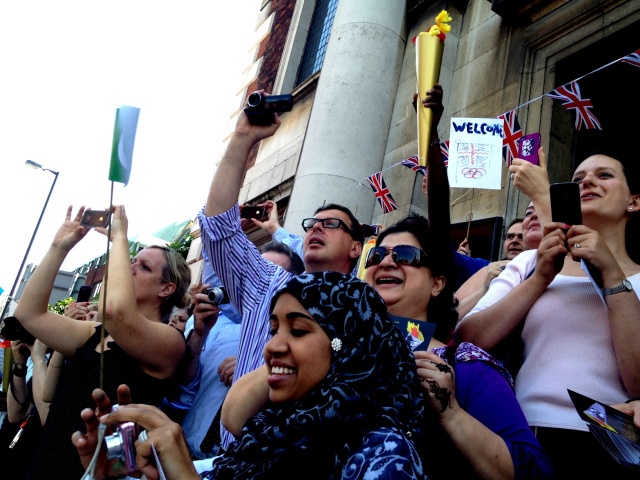 Excitement as the 2012 Torch passes the steps of St George the Martyr, Southwark.

There was a bustle of flags, banners and torches being made as the Torch Relay approached Borough High Street, SE1 on Thursday – people from different religious traditions were busy putting the finishing touches to their work. Faces were painted, hands were decorated with henna.

Just in time, everybody made it out onto the steps of St George the Martyr – whoops of excitement and cheers greeted the Torch as it went past.

Near Neighbours supported the local multifaith Rockingham Youth Group and friends to get busy on this historic day.  Postcards carrying the pledge were handed around and everyone joined in –

“Inspired by the teachings of our faiths, and spurred on by the example of the Olympic athletes, may we all seek to be the best we can be: 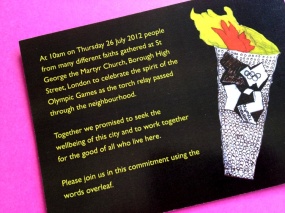 growing in our generosity;

striving together for the good of our communities;

urging one another on in acts of righteousness;

so that we may bring hope and joy, friendship and laughter to enrich the lives of every person who lives in London.”